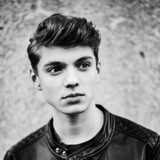 Dutch DJ and producer, Pieter Gabriel is one of the artists to watch in the electronic dance music scene! Experience the fresh energy he brings to the dance floor. Starting off in his hometown Soest, he quickly made a name for himself with his live DJ performance and music productions. At only 8 years old he has made a large impact during Amsterdam Dance Event (ADE2013) with a live set at the Spinnin’ Records private party. He has played at festivals like ‘Amsterdam Dance Event’ (NL), ‘Medusa Festival’ (MEX), ‘A Day at the Park’ (NL), 'Summer Energy' (NL) and the Christmas Music Gala where he performed for Her Majesty Queen Máxima. In 2018 Pieter released his first, official song called ‘FOREVER’, featuring the Dutch boyband FOURCE. Pieter Gabriel opened the Grand Final of the Eurovision Song Contest 2021 LIVE on stage for a worldwide audience! Over 200 million viewers watched him perform his remix of "VENUS" one of the biggest all-time hits in the Billboard hot 100 by Shocking Blue. The Eurovision Song Contest 2021 (ESC2021)

in Rotterdam AHOY is a great milestone in his young career and a key point for bringing his music to the next level. In May 2021 Pieter released his second track "Venus", the official remix. He can't wait to make you dance again on his latest release "Nightlife", feat. Ricardo Aguilarr 22-10-2021 Make sure you keep an eye on Pieter Gabriel and be a part of his journey. New music is coming very soon: He can’t wait to unite you all with his music!