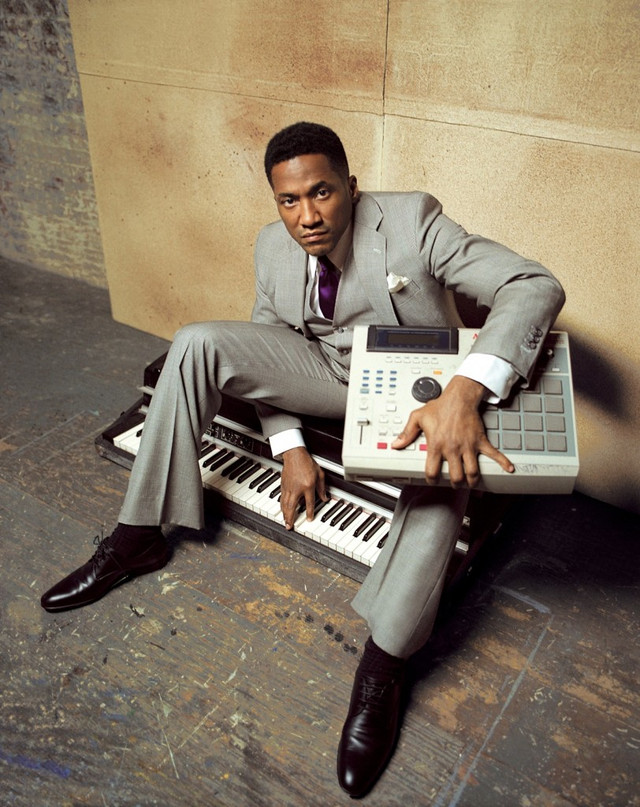 Rapper, producer, and actor Q-Tip is one of the most acclaimed figures in hip-hop, a solo artist and the longtime MC with pioneering alternative hip-hop trio A Tribe Called Quest. Born Jonathan William Davis in New York City on November 20, 1970, Q-Tip co-founded A Tribe Called Quest in 1988 with schoolmates Ali Shaheed Muhammad and Malik "Phife Dawg" Taylor while they were students at the Murray Bergtraum High School for Business Careers. Tribe's debut single, "Description of a Fool," appeared in the summer of 1989, and after signing to Jive Records, the trio issued its debut LP, People's Instinctive Travels and the Paths of Rhythm, a year later. With its fiercely intelligent, socially progressive lyrics and brilliant fusion of rap and jazz, the group emerged as one of the most popular and influential in all of hip-hop, producing such classic LPs as 1991's The Low End Theory and 1993's Midnight Marauders before disbanding in 1998. Q-Tip mounted a solo career with the 1999 release of Amplified. Home to the hit singles "Vivrant Thing" and "Breathe and Stop," Amplified rose to the Top 30 on the Billboard 200. Although it was certified gold, Q-Tip plunged into label limbo for many years afterward. His Amplified follow-up, Kamaal the Abstract, was completed in 2002 but halted by Arista; it would not receive an official release until 2009 on Jive Records. Before that, his de facto sophomore set appeared in late 2008, earning its title, The Renaissance (Universal Motown). The Grammy-nominated album included the single "Gettin Up," as well as appearances by Raphael Saadiq ("WeFight/WeLove"), Amanda Diva ("ManWomanBoogie"), Norah Jones ("Life Is Better"), and D'Angelo ("Believe"). In addition to his solo material, Q-Tip also guested on a number of notable tracks for other artists. Starting with De La Soul's 1989 single "Buddy," he has also appeared on Deee-Lite's "Groove Is in the Heart," Beastie Boys' "Get It Together," the Chemical Brothers' Grammy-winning "Galvanize" and "Go," R.E.M.'s "The Outsiders," Mark Ronson's "Bang Bang Bang," Janet Jackson's "Got 'Til It's Gone," Jay-Z's "Girls, Girls, Girls," Hiatus Kaiyote's Grammy-nominated "Nakamarra," and D'Angelo's "Ain't That Easy." He has also produced for Kanye West, Jay-Z, Run-D.M.C., Nas, Mariah Carey, Beyoncé, and many more. In 2016, Q-Tip and Tribe reunited and recorded their sixth album, just before the untimely passing of Phife Dawg. Q-Tip and the surviving members toured behind We Got It from Here... Thank You 4 Your Service, which topped the Billboard 200 and went on to become one of the most critically acclaimed releases of the year. A Tribe Called Quest performed their final concert together in late 2017 in Dorset, England. The next year, Q-Tip added another notable collaboration to his catalog with a cover of Elton John's "Don't Go Breaking My Heart," a duet with Demi Lovato that featured on John's reimagined covers album, Revamp. ~ Neil Z. Yeung & Jason Ankeny, Rovi