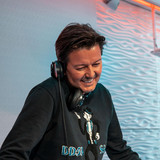 A three-time IDMA winner of ‘Best Record Label Promoter or Exec In-House’ as well as one of Billboard’s Dance Power Players (2018, 2019) and Indie Power Players (2019), Maykel Piron is one of the three founders of Armada Music and the driving force behind the Amsterdam-, New York- and London-based dance music label. Under Piron’s management, Armada Music was voted ‘Best Global Label’ at the International Dance Music Awards (IDMAs) in Miami for an unprecedented six times, the sixth of which was won in 2018.

Since March 2020, Maykel Piron cultivates his own weekly radio show, Armada Next. The show circles the sweet spot between global club culture and underground relevance and spotlights Maykel Piron’s pick of next-gen records and peak-time anthems. He also curates the freshly launched ‘Chill Executive Officer’ album series, drawing attention to the best Chill and Deep House records released on the label he’s been heading up since its birth in 2003.