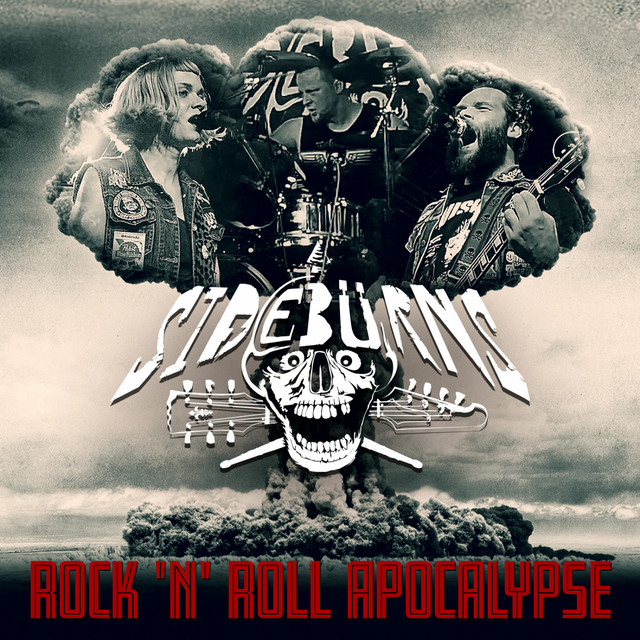 SIDEBüRNS are a Hardrock-Band from Weimar (Germany) playing dirty, scuzzy, greasy, heavy, Bourbon-soaked, Rock and Roll, in the style of MOTORHEAD, MC5, ROSE TATTOO, with a hint of 80s Metal. If like that, then you will love this German Trio SIDEBüRNS. Formed in 2002 and playing and recording as MR SIDEBüRNS & The Barons, in 2015 they slimmed down to their core essentials and SIDEBüRNS the trio was born. This music is designed and engineered to party HARD!

No compromise, no prisoners taken. 70s and Southern Rock - Licks, Whisky-Vocals from Ralf Sideburn, classic, tight Metal-Drums pounded by Ronny G. Hämmer and a groovey Thunderbird sound by the hot and sexy bassplayer Katja BAroneSS. No gloom, no doom.