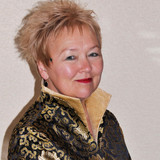 Merrill Collins started her indie label Spiraling Music Co. in 1983 and has since produced and performed many original works. Merrill loves co-creativity and has been working collaboratively with improvisational partners Laura Halladay and Maksim Velichkin since 2014. An artist dedicated to global harmony, Merrill’s music has been featured at many international events including International Day of Peace. Her works were sited as “Gifts of Service to the World” in 1999 in Capetown, South Africa. Merrill received a Global Peace Song Award for her human rights song, Every Man, Woman, and Child. On the healing spectrum ,Spiraling Music is played UCLA Center for Integrative Medicine and C.A.R.E. Channel serving hospitals worldwide. Laura Halladay is a versatile flutist and musician. Her live performances have included orchestra performances at Dorothy Chandler pavilion, Ambassador Auditorium, and Schoenberg Hall. She has toured with MESTO Orchestra in the middle east, performing at the Jerash Festival in Jordan and at the Cairo Opera House in Egypt. Maksim Velichkin has been active as a solo performer, chamber and orchestra musician, both locally and throughout the world. Mr.Velichkin has appeared as a soloist with Uzbekistan National Symphony, Duquesne Contemporary Ensemble, American Youth Symphony, and many others. He has toured extensively to Europe, Asia, North and South America and Australia with the prestigious Verbier Chamber and Verbier Festival Symphony Orchestras.