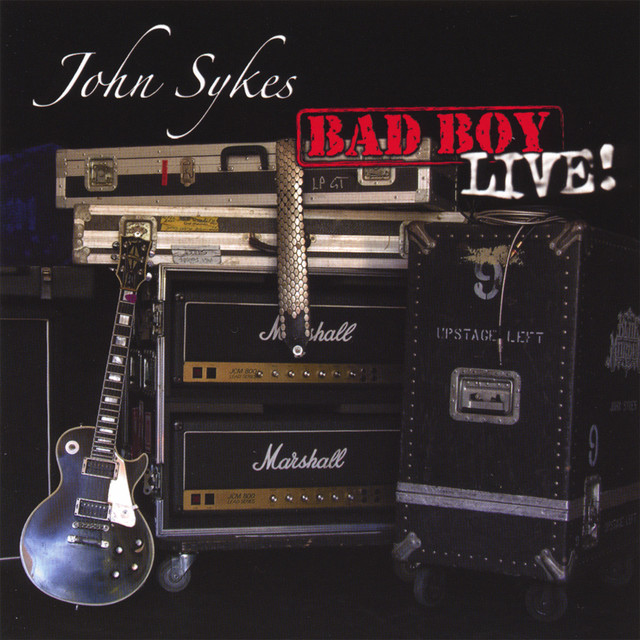 Best known for his stints with hard rock outfits Thin Lizzy and Whitesnake, guitarist John Sykes was born July 29, 1959 in Reading, England. He began playing music at 14, and joined the group Streetfighter in 1980; a stint with Badlands followed before Sykes joined the Tygers of Pan Tang, issuing the LP Spellbound in 1981. After completing work on the album Crazy Nights, he left the Tygers to join Thin Lizzy in time for the group's final studio LP, 1983's Thunder and Lightning; the following year, Sykes joined Whitesnake, making his debut with the album Slide It In. Their 1987 self-titled LP was the band's commercial breakthrough, with Sykes teaming with frontman David Coverdale to author the hit "Is This Love"; however, soon after finishing the record Coverdale dismissed the rest of the band, and Sykes returned to England to form his own group, Blue Murder, with drummer Carmine Appice and bassist Tony Franklin. Blue Murder released three albums between 1989 and 1994 before dissolving; after touring with a reunited Thin Lizzy, in 1997 Sykes issued the solo ballad collection Loveland. 20th Century, which appeared later that same year, was credited to simply Sykes, the trio the guitarist formed with bassist Marco Mendoza and drummer Tommy O'Steen; the Chapter One compilation followed in 1998, and two years later he issued Out of My Tree. ~ Jason Ankeny, Rovi