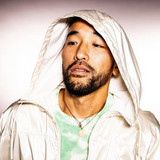 Since his widely-celebrated 2017 debut, Vancouver native Pat Lok can now go on to boast a cool 60+ million streams across DSPs, utilising his penchant for blending R&B, soul, disco, and house he has captivated listeners across the globe. As a frequent flyer on editorial playlist covers, he has streamlined a signature sound that resonates with audiences and music critics alike - cementing his reputation as a sought-after remixer by the likes of Duke Dumont, Martin Garrix, SG Lewis, and Dillon Francis. In addition to his music, Pat Lok has solidified his status as an in-demand performer across the global touring circuit. Lok has held residencies in Chicago and Seoul, toured with the likes of HONNE, Galantis, The Magician, whilst appearing at quintessential festivals such as Splash House, Electric Forest, Electric Zoo, Hangout Fest.