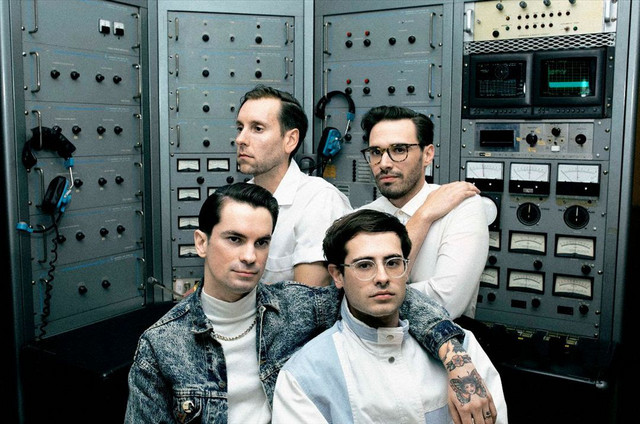 Suburban Living started in Virginia Beach in 2012, but guitarist, vocalist, and songwriter Wesley Bunch has come a long way since. In 2015, PaperCup Music released the band’s self-titled debut album, and Bunch relocated to Philadelphia. There, he added Chris Radwanski (guitar, keys), Mike Cammarata (drums), and Peter Pantina (bass) to his lineup. The next year, the four-piece recorded Almost Paradise (6131 Records) with Jeff Zeigler (Nothing, Kurt Vile,

The War On Drugs). So why have three-plus years passed between then and the band’s third album, How to Be Human? “I never thought it was going to come out,” Bunch says. That’s because, although he wrote the LP over two years ago, a house fire on New Year’s Eve 2018 (shortly after tours with Nothing and Hellogoodbye) changed everything. “My whole life went on hold,” he says. When Bunch eventually resettled, he took recording cues from his three-month stint touring as bassist for the legendary shoegaze band Swirlies, whose members encouraged him to record digital instruments at home. He then completed How to Be Human at Brian Dale Allen Strouse’s home studio in New Hope, PA and Diamond City Studio in Greenpoint, Brooklyn. Finally, he inked a deal with EggHunt Records, a Virginia label best known for discovering Lucy Dacus.