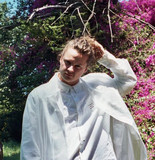 is fresh out of the lab with new track Deserve, a collaboration with renowned producer Plutonic Lab and Kingswood’s guitarist Alex Laska. Deserve is the first track from his upcoming EP due out later this year. Ivan Ooze cut his teeth at hardcore rap nights such as at Melbourne’s Laundry Bar as a school kid, and within a few years had toured with Ice Cube, Cypress Hilland Wu-Tang Clan – the latter of whom watched his set side of stage. Wu-Tang’s Ghostface Killah even invited Ooze to the studio to record the track ‘Bills’. Now, at the age of 26, Townsend’s acerbic wit and cartoon energy has racked him up more than a million streams.