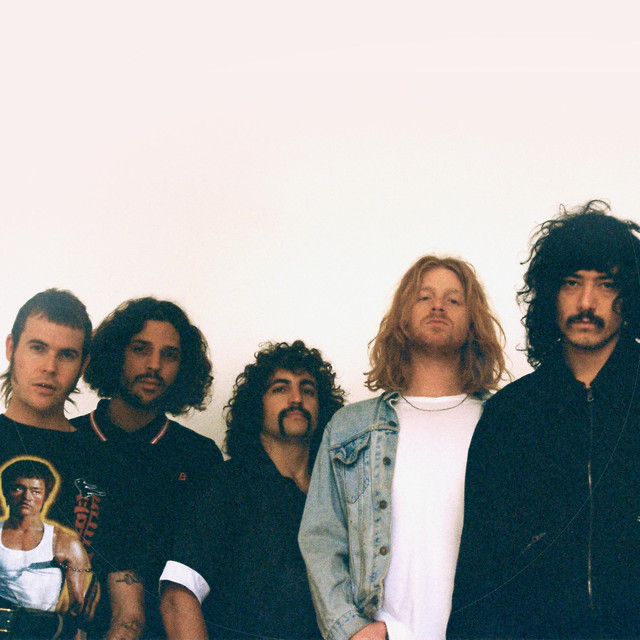 Sticky Fingers—Dylan Frost [lead vocals, guitar], Paddy Cornwall [bass/vocals], Seamus Coyle [lead guitar], Beaker “Beaks” Best [drums], and Freddy Crabs [keys, synth]—quietly emerged as one of Australia’s biggest acts and a buzzing force worldwide one-hundred percent independently. To date, they have achieved over one billion streams and views, number one albums, platinum plaques, radio hits, and arenas filled to the brim with screaming fans. Since their 2008 formation, the boys sold out legendary venues such as Qudos Bank Arena in Sydney, Brixton Academy in London, The Fonda in Los Angeles, and other hallowed stages on numerous packed global tours. Throughout the world they manage to sellout shows by engaging their rabid fan following through social media with nothing else needed.

Four albums deep by 2020, the friendship still fuels everything. They introduced themselves on their 2013 full-length debut, Caress Your Soul. When it comes to the sound, Dylan deems it, “Erotica-pyscho-tropica…sex, pugs, and rock ‘n’ roll!”.