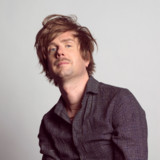 Quirky Swedish indie rocker Timo Räisänen developed his signature falsetto as a child, during his five-year stint in the Gothenburg boys' choir. He eventually went on to rise to semi-stardom as the boyish backup vocalist for Her Majesty and Håkan Hellström. Snagging a record deal with Razzia, Räisänen went solo in 2005 with Lovers Are Lonely. I’m Indian followed it up a year later, with the hit song “Fear No Darkness Promised Child”. Räisänen's third studio effort, Love Will Turn You Around, was slated for release in late summer 2007. With the cover album …And Then There Was Timo in 2008 came “About You Now” (Sugababes) and then…the period of making an album every year was over. Endeavor was released in 2012 and the love for interpreting others led Timo to another endeavor: the discovery of Swedish icon Ted Gärdestad. When the cover album Timo sjunger Ted releases in 2016, Timo becomes one of the most touring acts in Sweden. Raised by English-speaking parents (Finnish/Anglo-Indian) the finding of his own Swedish voice sends him on to write his own material in Swedish. In 2017 the debut Tro, hat, stöld was released and full-feathered entertainer, award winning live oracle continues to tour Sweden. In the fall of 2019 Timo Räisänen puts out his first Christmas single, Två vise män, and on Christmas Eve 2020 he releases the Christmas album Pax Noël.