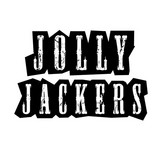 Jolly Jackers are a six piece band with three lasses and three lads that hail from Dunaújváros, Hungary. They were only formed on New Years Day 2013 and have risen in popularity and critical acclaim every year and show no sign of letting up. Their debut release was the five track EP Call The Captain which came out just in time for St Patrick’s Day 2014. They followed this up with their debut album Sobriety in January 2015 which again was mostly penned by the band themselves. They released their second LP in March 2017, called Blood Sweat and Beer. They started playing at clubs in Hungary extensively, and also appeared on the stage of summer rock-festivals in their home country and abroad. They grown up to the most successful hungarian and europen celtic punk bands. Now they have more than 14.000 fans on Facebook and more than 15.000 listeners on Spotify in every month. The Jolly Jackers have played in Austria, Croatia, France, Germany, Italy, Netherlands, Poland, Serbia, Slovenia and Switzerland. They are going on tour again to introduce their new album, all over Hungary and Europe. In April 2018 they came out with their third LP named ‘Out of the Blue’, which was recorded in TomTom Records as well. The band showed the new songs to the public on a tour in Hungary, and a 15-part tour in Europe. They recorded music videos for three songs of the album and in 2019 they are going to perform the latest record even more on festivals and in clubs.