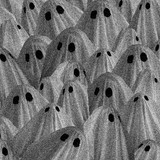 Materializing in NYC, BIG takes the form of a trio of singer-songwriters who have come together from unlikely circumstances to create music that is all at once fun, evocative, and mesmerizing. Their sound is an amalgamation of each other’s upbringings meshing soul and funk, folk and pop, hip-hop and punk, and rock n’ roll with slapstick sensibilities. Veterans of the festival circuit, BIG! has performed at Musikfest, the largest music festival in the U.S., four years running and have headlined the Martin Guitar Stage at Bethlehem Steel. They have opened the bill at the Charleston Music Hall for Liz Cooper & The Stampede and Houndmouth, receiving a standing ovation from the crowd of 500+. Their tour of Southern California culminated with an opening for Martin Sexton at the Canyon and the headlining of the Foundation Room at the House of Blues Anaheim. Currently working on their full length debut album with Emmy-award winning music producer, Matt Noble, Believe In Ghost! is working non-stop in pursuit of their passions and dreams. Members of Believe In Ghost! include: Billy Conahan - vocals, guitar, bass Rocco Stroker - vocals, bass, guitar, keyboards Berk O - vocals, percussion, uke, keyboard Ricky Martorelli - drums Follow @BelieveInGhostNYC on Instagram/Facebook. Check out www.BelieveInGhost.Band for more info!