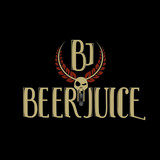 Composed by Luciano Fernandes (vocals), Gui Neves (guitar), Matheus Antúrio (bass) and Luiz Guilherme (drums) Beerjuice had started its activities in 2013, showing since the beginning a strong, lively and focused sonority. After playing in big festivals in Brazil, the band released its first EP called Beerjuice. With a consistent sound influenced by movements like grunge, stoner and classic rock, Beerjuice songs are about the life challenges and how to face them; the songs are made for the whole world. Turn the music on, turn it up and let it Beer!