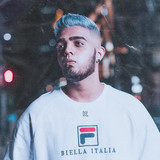 Originating from the Little Red Dot known as Singapore, Kazden is an Electronic Dance Music (EDM) DJ powerhouse. The brain behind it is Arun Sadarangani his main focus being commercial, big-room house, and electro-house. Kazden was born in 2015 from Arun's pure passion and love for music, and quickly gained support from the likes of Tiësto and David Guetta, as well as Hardwell, whose radio show, Hardwell On Air, started featuring Kazden's abundant supply of productions. Being astounded by the young, albeit prodigious act; Hardwell would proceed to signing Kazden to his own Revealed Recordings label, debuting with their ultimate banger 'Drift' gaining them aside from an extortionate amound of traffic of the social/streaming kind, support by Dimitri Vegas & Like Mike, Tiësto and other big acts in the scene, something that helped propell Kazden to mainstream recognition, and respect in the music industry, and enabled him to play in the most prolific clubs and even share decks with his idol Dannic .