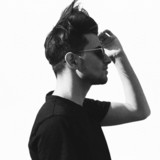 Bunyamin Yavuz is a Turkish DJ & Producer. In 2013, Yavuz started using the nickname BNNYZ. During those years, interested in becoming a producer, as he was influenced by artists Avicii, Calvin Harris, Swedish House Mafia. In 2016, BNNYZ released 'PANZER', his first EDM track with SVPERSTARS. He has the support of many DJs like Burak Yeter, DJ BL3ND, Olly James, Junkie Kid, Jack Eye Jones. Four years later, BNNYZ returned to music with his single Live Or Die. His song added to favorites by Kiss FM and many YouTube channels. BNNYZ has produced a series of compilation albums for Ri̇tali̇n Records. With a compilation album named Ritalin Records: Istanbul 2020, it was included in the lists of magazine websites. While his releases so far have focused on House and EDM genres, he will continue to let his passion decide what he creates. Releases on One Seven Music & disco:wax (Sony), Play Me Records, Ri̇tali̇n Records.