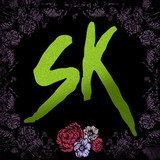 Slowkiss is a quartet lead by two sweet-singing girls who manage to combine the noisy darkness of shoegaze with “scream-in-your-face” punk rock and ethereal-sounding pop. One can easily see Slowkiss finding inspiration from their love of ‘90s alternative bands including Sonic Youth, Smashing Pumpkins and The Pixies, along with their passion of acts like The Distillers and Violent Soho. In 2014 they publish a demo and after that in 2015 Slowkiss publish thir firts LP, "The Cliff". In March of 2017 the band toured in the Unites States for the first time, where they played blazing sets in Autin, Texas at SXSW and had a stint of 10 heavily-attended shows in Southern California. In the same year the band put their second EP, "Ultraviolet", that EP was recorded in Insania Records in Santiago, Chile and D.M.I Studio in Hollywood California. In 2018 The band stays in Chile with a participation in festivals like Indie Proyect, Nuevos Trapos and many shows at clubs in Santiago and the rest of Chile. At the end of that year the band travels to Buenos Aires, Argentina to play some shows and start the recording of 3 songs with the producer Alejandro Taranto in DeJavu Studios. 2019 the band put the singles "In Vain" and "Time" as advance of their first LP "Patio 29", published on August 30.