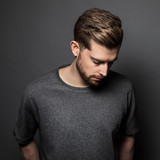 After remixing BBT’s classic Gods Child - which was being played by Hot Since 82, Paco Osuna, Prok & Fitch, Franky Rizardo and Nic Fanciulli to name but a few - Siege came to the attention of Toolroom’s main man Mark Knight. He asked the young Belgian to remix another classic: Sharam Jey ‘Shake Your’. A few releases after his rip-roaring remix of Sharam Jey’s classic, that went on to earn an incredible amount of DJ support from all corners of the Globe (including Calvin Harris), Siege returns to Toolroom Trax with his debut EP. He displays his awesome and massively creative production talent here with 2 slices of thundering tech house that tick 2 very different boxes. 'Only 1' is the peak-time, heads down affair that Mark Knight has been hammering in his live sets over the past few Months, whilst 'Control' is a more melodic outing that lends itself to those bigger rooms and festival stages alike. Resulting, again, in a massive amount of DJ support from Adam Beyer, Technasia, Sam Paganini and many more. Newly appointed Toolroom Family member Siege continues his journey remixing one of the summer anthems ‘Feel my Needs’ by Weiss. Siege ups the ante here with a solid tech house groove and uses those vocals and pianos sparingly, but enough to create an uplifting moment in those tougher sets. After being premiered by Yousef in Danny Howard’s show on BBC Radio 1 it was rapidly picked up by the likes of Alan Fitzpatrick, Loco Dice and Fatboy Slim.