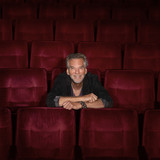 Soft rock singer/songwriter, guitarist, pianist, and producer Kenny Loggins had a consistent string of hits in the 1970s, '80s, and '90s. After playing in several bands in the late '60s and honing his songwriting chops as a staff songwriter at Wingate Music, Loggins rose to prominence with Loggins & Messina, a duo with fellow singer/songwriter Jim Messina. The two were together from 1972 to 1976, and released a string of successful albums. Loggins' first solo album, Celebrate Me Home, was released in 1977, and included the hit "I Believe in Love." He enjoyed even more success in the '80s, scoring hits with songs cut for movie soundtracks such as "I'm Alright" (Caddyshack), "Footloose" (Footloose), and "Danger Zone" (Top Gun). Throughout the '90s and 2000s, Loggins continued to produce albums, and in the 2000s he also reunited with Messina for a tour. Loggins was born in Everett, Washington in early 1948, and the family later moved to Detroit, and finally to Alhambra, California when he was in his teens. He initially turned to music as a way of compensating for his extreme shyness, and found that he was, indeed, a talented guitarist and had a voice. For a time in the late '60s he was based in Pasadena, studying at Pasadena City College. At the end of the decade, Loggins passed through the lineup of a band called Gator Creek, who were good enough to get signed to Mercury Records. The group recorded one self-titled album, which was issued in 1970 and included an early version of "Danny's Song," a track he recorded again as part of Loggins & Messina. He also spent time with a short-lived group called Second Helping, and was a member of the stage incarnation of the Electric Prunes during a later phase of that group's history. Loggins was proficient on the guitar and piano, but it was his songwriting that enabled him to make his first lasting impression on the music industry. He took a job as a staff writer for Wingate Music, for $100 per week, and later that year, four of his songs ended up on the Nitty Gritty Dirt Band album Uncle Charlie & His Dog Teddy. This event was particularly fortuitous as that album was the first release by the newly reconstituted version of the group, and included what proved to be their biggest hit, "Mr. Bojangles." The presence of the latter helped make Uncle Charlie one of the group's biggest-selling long-players; and the exposure generated a second hit in the form of Loggins' own "House at Pooh Corner." The success of the Nitty Gritty Dirt Band's recordings brought Loggins to the attention of former Poco member Jim Messina, who was working as a staff producer at CBS. It was Messina's intention to produce Loggins' debut album, but he also ended up playing and singing on the record, and it worked out so well that the two ended up in a duo. Loggins & Messina were among the most popular folk-based soft rock acts of the first half of the '70s, and enjoyed a four-year string of successful albums. Loggins & Messina broke up in 1976, and Loggins retained a strong following in the years immediately after. He went on to solo stardom with such million-selling albums as Celebrate Me Home, Nightwatch (which included the hit "Whenever I Call You Friend"), and Keep the Fire, all in the cheerful, sensitive style he had displayed in Loggins & Messina. Loggins also became known as the king of the movie soundtrack song, scoring Top Ten hits with "I'm Alright" (from Caddyshack), "Footloose" (from Footloose), "Danger Zone" (from Top Gun), and "Nobody's Fool" (from Caddyshack 2). During this period, he was also one of the participants in USA for Africa on the benefit recording "We Are the World." His own albums sold less well (and came less frequently) throughout the '80s, with later efforts like 1991's Leap of Faith, 1997's The Unimaginable Life, and 1998's December finding favor primarily in adult contemporary circles; in 1994, he also issued a children's album, Return to Pooh Corner, and released its sequel, More Songs from Pooh Corner, in early 2000. He reunited with Messina in 2005 for a successful tour, album, and concert video, and in 2007, Loggins released How About Now, his first new solo album in four years. It was followed by All Join In in 2009. ~ William Ruhlmann & Bruce Eder, Rovi