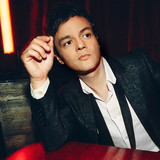 Jamie Cullum returns with The Pianoman At Christmas – ‘The Complete Edition’. Comprised of 24 tracks of Christmas classics old and new, split across 2020’s Part 1 & the new Part 2 (feat. Kansas Smitty’s, Lady Blackbird and The Vernon Spring) . Including ‘Winter Wonderland’, ‘Sleigh Ride’, ‘In The Bleak Midwinter’, ‘Christmas Never Gets Old’, 2020’s single ‘Hang Your Lights’ & this year’s single ‘Christmas Don’t Let Me Down’. With 10 million album sales and over 890 million streams to date, Jamie is a celebrated musician the world over with loyal fans in every corner of the globe. With a career spanning over 20 years, his legendary live shows have seen him perform and work alongside artists as diverse as Herbie Hancock, Pharrell Williams, Kendrick Lamar and IDLES - Jamie writing on the latter’s album Ultra Mono. The success of Jamie’s major label breakthrough, Twentysomething in 2003 and its follow up Catching Tales saw him nominated for a BRIT, Grammy and numerous other awards around the world. In 2020 he won an Ivor Novello Award for his track ‘The Age of Anxiety’, taken from his acclaimed 9th studio album Taller.

In addition to his enduringly successful recording career, Jamie has also established himself as a multi-award winning music broadcaster; his BBC Radio 2 show celebrated its 11th year on air this year.