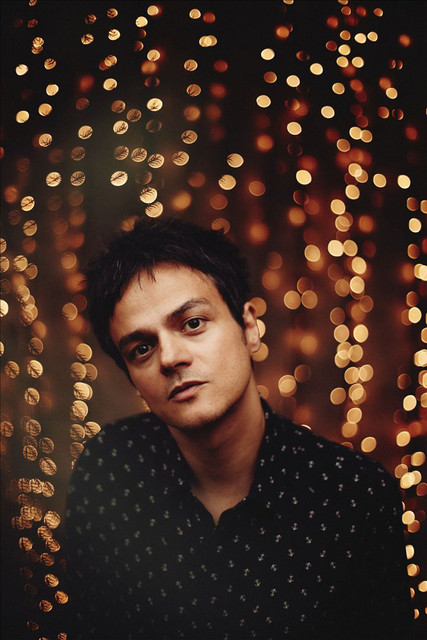 Blessed with a raspy croon and deft piano chops, England's Jamie Cullum has gained acclaim for his stylistically broad mix of jazz, melodic pop, and rock. Just as likely to cover a song by Radiohead as Thelonious Monk, Cullum broke into the mainstream with 2002's Pointless Nostalgic and 2003's Twentysomething, the latter of which earned him a Grammy nomination for Best Jazz Vocal Album. Compared early on to Harry Connick, Jr. and Norah Jones, Cullum has developed into a distinctive singer/songwriter, able to move from earnest ballads to pop songs of sardonic wit. He has continued to grow stylistically, exploring electronica on 2005's Catching Tales and original soft rock on 2010's The Pursuit and 2019's Taller. Still, he often returns to his jazz roots, as on the 2014 orchestral standards album Interlude. Born in Rochford, Essex, in 1979, Cullum grew up in the village of Hullavington in Wiltshire. Having played guitar and piano since age eight, he developed an avid interest in jazz that was passed down from his older brother, bassist and producer Ben Cullum. Inspired by such piano icons as Oscar Peterson and Dave Brubeck, Cullum spent some of his formative years living in Paris, where he honed his abilities performing in jazz clubs. While music was a passion, he eventually chose to study English literature at Reading University. It was while at Reading that he recorded his first album, Heard It All Before, at age 19. Its surprise success eventually put him in contact with jazz bassist Geoff Gascoyne, who offered Cullum the opportunity to play on his album Songs of the Summer. With Gascoyne's encouragement, Cullum eventually recorded his second album, Pointless Nostalgic, released in 2002. The LP benefited from a boost of publicity as it received heavy airplay on TV and on radio personality Michael Parkinson's BBC 2 radio show. Cullum eventually signed with Universal Records and released his breakthrough third full-length, Twentysomething, in 2003. The album charted all over the world, sold millions of copies, and made him the fastest-selling British jazz artist in history. It also earned Cullum his first Grammy nomination for Best Jazz Vocal Album. Catching Tales and the compilation/mixtape album In the Mind of Jamie Cullum followed in 2005 and 2007, respectively. In 2009, Cullum was nominated along with Clint Eastwood for a Golden Globe Award for Best Original Song for their composition "Gran Torino." A year later, he released the album The Pursuit. In 2013, Cullum issued his sixth studio album, Momentum. It performed respectably in the U.K., reaching number 20 on the album charts. Cullum followed with the orchestral standards album Interlude in October 2014; it entered the charts at 19. He returned to original songs in 2019 with the Troy Miller-produced Taller, which cracked the U.K. Top Ten. The holiday-themed The Pianoman at Christmas arrived in November 2020. ~ Matt Collar, Rovi