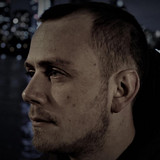 Jonny is a graduate of the Royal Academy of Music where he studied the organ, and has a Master's Degree in Jazz Piano from Trinity Laban. Exposed to classical music during his youth, Jonny was playing the Church Organ at Mass every Sunday from the age of 13. During his late teen years, although progressing rapidly as an organist, Jonny discovered jazz. While studying the organ at the Academy, Jonny became deeply immersed in the jazz genre. The inspiration and lure of jazz music drove Jonny to teach himself jazz piano in his spare time. It was also during this time that he started composing his own music. His obsession with jazz harmony led him to discover other genres such as Latin, Funk, Soul, House and Jungle which provide a strong influence in his music. Jonny's unique sound is highlighted in his jazz body of work: New Days & Past Times and his debut album Mellow Mind all involving original compositions. As well as performing as a keyboardist, Jonny is also an active producer making Deep House and Jungle music, with 2 EPs (Deep House Dubs Project EP & Diary Of A Keys Man EP) under his belt so far. Blending his life experiences with great musical influences from Johann Sebastian Bach to Lyle Mays, Addex to Photek, Jonny is destined to share his richly blended sound with the world.