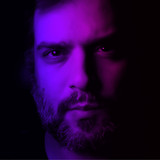 It's been many years since Matt Correa decided to dedicate his life to music. He has Freedom of expression in all activities. As Matt Correa, develops sounds of underground character with sound House background. Funk, disco, soul and jazz are some of the brushstrokes that can be found in his productions. He also devotes a great part of his time to his Guerrilla Records label with which he develops other artistic aspects such as photography or video. As a DJ he has gone through a multitude of styles. Currently moving around the House less commercial but always fun and danceable. From the Deep to the Jackin, touching an infinite number of intermediate nuances His current sessions are based 100% on music of own production. His sets become unique with edited and unpublished Themes. Exclusive music, that usually does not leave anybody indifferent. On the other hand, during the summer season and for 7 years, he maintains his Residence in Cappuccino Grand Café Marbella. A more decorative line than protagonist in which he handles very different styles and not focused to the dance track, as folk, jazz, soul, downtempo and chillout in general. His performances as a DJ are interspersed with live performances that he develops under the nickname "Soul Intentions". Two Akai MPC2500 stand out in the Booth when Soul Intentions acts. He develops and improvises his own songs to the blunt character House rhythm and rough sound.