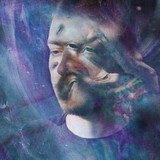 Maddrigal is a sound explorer based in France. He develops his particular sound, mixing synthesizer sounds and field recordings elements modified by different processes such as granular synthesis and various effects. Constantly looking for new ways to compose, he finds his balance by mixing accidents and control. Creator of sound paintings, his music is polysemic. Influenced by cinema and painting, his compositions are very visual. His musical influences are numerous, from Oneohtrix Point Never to Alice Coltrane. After releasing his first EP 'Blacklight, which lays the foundations of his style, Maddrigal has finished the composition of a new EP "Essence/Lack Thereof...".