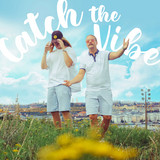 Having spent about a decade in Stockholm's rap underground, Mange Schmidt burst onto the charts in the summer of 2007 with the pop-rap single "Glassigt." Schmidt made a name for himself among audiophiles in the late '90s with Mange Schmidt Greatest Hits, a self-released disc of Swedish language covers of American rap songs, which included a popular cover of Notorious B.I.G.'s "Warning" ("Varnind"). Razzia picked up Schmidt in the early 2000s, and his first release on that label, Samtidigt I Stockholm, hit stores in early 2007. The first single from that album, "Glassigt," soared into the Swedish Top Ten that summer. ~ TiVo Staff, Rovi