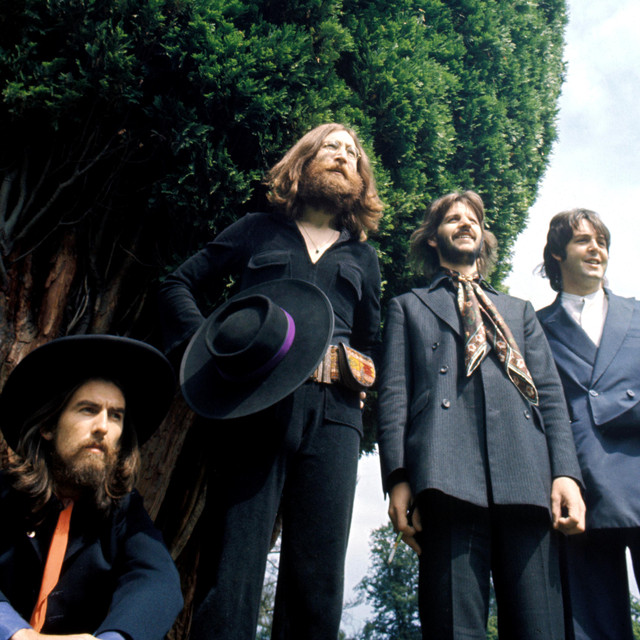 The Beatles recorded together for a little over seven years. Between October 1962 and May 1970, they released thirteen albums and a number of tracks issued on standalone singles. The catalogue created in that short period has sold more than that of any other group in history and its commercial success continues - the world’s best selling album during the first decade of the 21st century was a collection of The Beatles’ chart-topping singles called 1. But the group’s significance stems not just from huge sales figures. Their music has inspired generation upon generation of musicians, songwriters and producers. As Mark Ronson put it: ‘Everything we take for granted - they absolutely invented it.’ Tom Petty was a teenager during the years The Beatles’ records appeared in quick succession: ‘They were just out in front. There was The Beatles …and then there was everyone else. And everyone else could be great, but The Beatles were leading the way and that’s just irrefutably true.’ The Beatles’ story began in Liverpool in March 1957, when John Lennon (born 9 October 1940) formed a group named The Quarry Men. His life was changed by the excitement of rock ’n’ roll music - heralded by Bill Haley and His Comets, but taken to another level when Elvis Presley stormed the charts during 1956. The next year saw the arrival in the UK of hits by Little Richard, Buddy Holly and The Crickets, the Everly Brothers and, in movie theatres, the exciting rock film The Girl Can’t Help It!, featuring Eddie Cochran singing ‘Twenty Flight Rock’. Introduced to John on 6 July 1957 at a church fete in Woolton, Liverpool, Paul McCartney (born 18 June 1942) sang Eddie’s song word perfect. Impressed, John invited the fifteen-year old to join his group. In February 1958, Paul’s younger school pal George Harrison (born 25 February 1943) won his place in The Quarry Men when he impressed the others with his guitar skills, especially on the current hit instrumental ‘Raunchy’ by Bill Justis. With a constant nucleus of John, Paul and George, the group underwent a series of line-up changes and names. Having gained a dependable drummer - Pete Best - in August 1960, The Beatles made their first visit to West Germany to perform in the clubs of Hamburg. Playing long sets through the night, they spent hundreds of hours onstage during five visits to the city. Back home in Liverpool, their regular stomping ground was The Cavern Club, where they played nearly 300 times. The experience gained in Hamburg and at The Cavern helped to make The Beatles the most proficient and popular group on Merseyside. At this time, a group from Liverpool had the odds stacked against them when trying to gain a foothold in a record business focused on London. In early 1962, they had acquired an ambitious and rather refined manager, record shop boss Brian Epstein. He faced regular rejection from music companies until George Martin signed the group to EMI’s Parlophone label. By fate, The Beatles had found both the ideal manager and perfect producer. The last piece of the picture slotted into place just three weeks before recording their first single on 4 September 1962. Ringo Starr (born 7 July 1940) was asked to take over as drummer. He had been playing with Rory Storm & The Hurricanes - another Liverpool group who played long stints in the clubs of Hamburg. Ringo’s personality, sense of humour and rock solid, inventive drumming proved to be just right for The Beatles. Their first Parlophone single was released on 5 October 1962. Both sides of the disc were original compositions - a remarkable statement of intent from a group making their first steps in the music business. In fact, George Martin had urged them to record Mitch Murray’s ‘How Do You Do It?’, which he felt was a sure-fire hit. They had reluctantly agreed, but were able to persuade George to shelve the recording in favour of their own songs ‘Love Me Do’ and ‘P.S. I Love You’. Just one example of how The Beatles’ story might have been very different with a less open-minded record producer. George Martin’s faith in The Beatles, and in John and Paul as songwriters, was soon vindicated by the release of ‘Please Please Me’ in January 1963. The single reached the top of all but one of the UK charts.