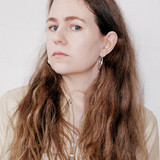 “It's a powerful feeling when you're in that world and you lose track of time,” says Alice Boman of the deeply hypnotic state she entered when making her mesmerising and long-awaited debut album, Dream On. Her deeply textural, atmospheric and immersive sounds - coupled with her fragile yet engulfing and ethereal vocals - create something of a vortex that listeners are sucked in by. A world where ambient, dream pop and folk merge into a unique new form. The profound sense of quietness that can be heard in her music stems from its simple roots. Initially a project that started at home when she was a teenager, the songs she was making were just “sketches.” Yet as soon as other people heard them, it was clear that there was so much more to her talents than simple home tinkering. Two EPs followed, 2013’s Skisser and 2014’s EP II, as did a wave of critical acclaim and an array of TV placements for her music on shows such as Transparent, Wanderlust, and 13 Reasons Why. “A lot of the songs spring from a feeling of sadness, something being lost or broken or just not turning out the way you wanted it to. It's a way to express yourself, making you feel a bit lighter because heartbreak and disappointment are things that make you stronger. It's nice to share these things with people because it's such a universal feeling. I hope maybe someone can find some comfort in it. There's no happy songs here, it's a sad record, but I think it's hopeful too.”