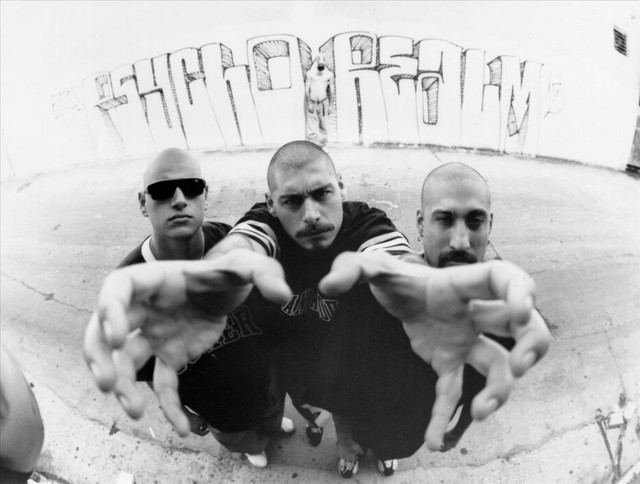 A hip-hop trio related to Cypress Hill and signed to their Ruffhouse label, the Psycho Realm was formed by Jacken and Duke. The duo's performances impressed Cypress Hill's B-Real so much he decided to join the group on the recording, since Cypress Hill had recently broken up (they actually returned in mid-1998). With a Wu-Tang production style provided by the Psycho Ward -- actually B-Real, Jacken, and Duke, plus Cypress Hill percussion expert Bo-Bo -- they released their self-titled debut album in October 1997. ~ John Bush, Rovi