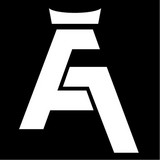 M Slago was born and raised in Nashville, TN. Initially producing under the moniker Mongo Slade, he began making beats individually and for local production teams such as Kastle Bangout and GNB Productions and after relocating to Dallas, TX he quickly made a name for himself in the hip hop community rubbing elbows with Dallas’ best talent. Soon after he became co-host to DJ EZ Eddie D on the 2nd longest running Hip Hop radio show Knowledge Dropped, Lessons Taught Vol 2 and has gone on to produce most notably Homeboy Sandman's All That I Hold Dear on Stones Throw Records.