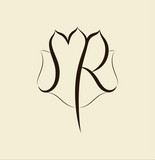 Magnolia Red's dynamic and varied musical universe is described as both recognizable and different at the same time, rooted in the electric end of the ever-so-expansive 'Americana' landscape...   From the start in 2017, the four members from the Norwegian North West coast has focused on building the band step by step, and 2020 marks a milestone in Magnolia Red's history with the release of the debut album Ancient River; a collection of ten original tracks which, like previous releases, were recorded at Ocean Sound Recordings on the small island Giske outside Aalesund, Norway.