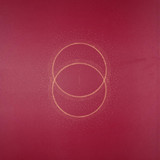 Though they come from quite opposite ends of the spectrum, there’s a tangible sense of understanding and appreciation between Howling’s two members, singer/producer/cult artist RY X and producer/live electronic artist/label owner Frank Wiedemann. The former hails from a background of folk-pop songs that revolve around freeness, nature and simplicity; the latter remains a king in the underground as 1/2 of Âme, with layered productions that build around a tight 4/4 structure. One had a wild bohemian upbringing in remote Australia; the other grew up in Karlsruhe, a forward-thinking hub of science and technology in Southwest Germany. Despite being from different worlds in every sense, RY X and Frank Wiedemann's musical influences are remarkably aligned (ranging from Nirvana to Steve Reich to Ravi Shankar to classic soul) – and, so are their creative mindsets. Both artists’ backgrounds meld together to create productions that transcend categorization: subtle yet deeply moving songs that glisten with divine instrumentation and percussion.