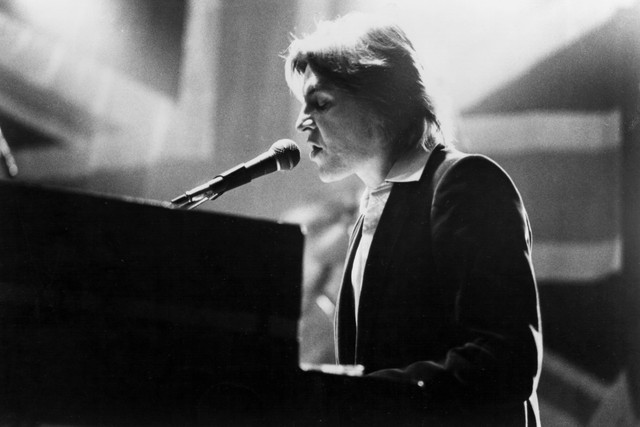 As the organist in the first Animals lineup, Alan Price was perhaps the most important instrumental contributor to their early run of hits. He left the group in 1965 after only a year or so of international success (he can be seen talking about his departure with Bob Dylan in the rockumentary Don't Look Back) to work on a solo career. Leading the Alan Price Set, he had a Top Ten British hit in 1966 with a reworking of "I Put a Spell on You," complete with Animals-ish organ breaks and bluesy vocals. His subsequent run of British hits between 1966 and 1968 -- "Hi-Lili-Hi-Lo," "Simon Smith and His Dancing Bear," "The House That Jack Built," and "Don't Stop the Carnival" -- were in a much lighter vein, drawing from British music hall influences. "Simon Smith and His Dancing Bear," from 1967, was one of the first Randy Newman songs to gain international exposure, though Price's version -- like all his British hits -- went virtually unnoticed in the U.S. A versatile entertainer, Price collaborated with Georgie Fame, hosted TV shows, and scored plays in the years following the breakup of the Alan Price Set in 1968. He composed the score to Lindsay Anderson's O Lucky Man!, where his spare and droll songs served almost as a Greek chorus to the surreal, whimsical film (Price himself has a small role in the movie). His 1974 concept album Between Today and Yesterday was his most critically acclaimed work. ~ Richie Unterberger, Rovi