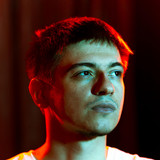 Dino DZ is an electronic musician spawning from a quiet woodsy suburbia, in Maribor (Slovenia). A music obsessive since early childhood, he quickly outgrew the music of his surroundings and ventured into electronic music. House is the genre that captured his heart and hasn't let go ever since. At age 13 he started making his own music, and at 16 it was already his profession after being discovered by slovenian's biggest DJ and production team. As a result, DJ-ing gigs followed shortly and thus began a musical livelihood. His biggest inspiration and drive is to always try and make something unique, a style variation that would be true to himself, as he supports the notion that authenticity is crucial in making good music. As far as musical taste goes, he strongly believes that melody and vocals are the key to the soul!