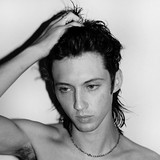 TIME magazine proclaimed Troye Sivan “the perfect pop star for 2018” and his work continues to affirm his reputation as an important artistic voice for our time. His 2015 debut album, Blue Neighbourhood, topped the iTunes charts in 66 countries, and is certified Gold in four countries. Troye’s Blue Neighbourhood trilogy of videos captured coming-of-age from a modern perspective, resonating especially with LGBTQ teens. 2018’s Bloom was named as one of the best albums of the year by Rolling Stone, USA Today, Billboard, OUT, PopMatters, TIME, The Guardian and numerous others. The first single, “My My My!,” topped Billboard’s Dance Club Songs chart and has been certified Gold in the U.S. and Canada. Critics singled out “My My My!,” “Bloom” and “Animal” as among the best songs of 2018. Cumulative streams of tracks from Bloom exceed one billion globally. In late 2018, Troye teamed up with Charli XCX for the single “1999.” His collaboration with Lauv “I’m So Tired” has over 650 million streams globally.“Revelation” – his collaboration with Jónsi for the film Boy Erased, which Troye co-starred in – was nominated for a Golden Globe for Best Original Song – Motion Picture and shortlisted for an Oscar. Troye’s numerous awards include a Billboard Music Awards trophy, three MTV Europe Music awards and two GLAAD Media wins. Troye returned in 2020 with singles "Take Yourself Home" and "Easy", taken from the new new six-song concept EP 'In A Dream' which was released August 21.