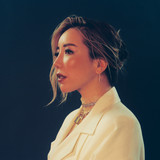 Over the last decade, the Los Angeles producer and Young Art label boss, TOKiMONSTA has helped define the sound of modern dance and beat music. In the process, she has received the co-signs of the biggest names in electronic and repped for the West Coast underground at the Grammys -- all without sacrificing the purity of her vision or relying on exploding glowstick bombast. The secret is that there is no secret, other than the compositional genius and futuristic melodies embedded into the gleaming, technicolor mandalas of hip-hop instrumentalism, pop, R&B-soul, house, and IDM that encompass the TOKiMONSTA sound. Then with her artistic livelihood and actual life in peril, TOKi defied the odds and created a masterpiece that cemented her stature as one of the best producers in dance music. For any other artist, it would’ve been a career pinnacle, but somehow, she’s topped that with her opus, Oasis Nocturno, coming March 20, 2020. The Spanish words for

“midnight oasis,” it’s a testament to TOKI’s ability to find refuge in the night, as a place of serenity after the chaos of the day or to let loose what’s hidden beneath the guise that darkness lends itself to. It’s an album that instantiates the liminal odyssey from dusk to dawn, from beginning to end, from the dance floor to self-reflection and rest.