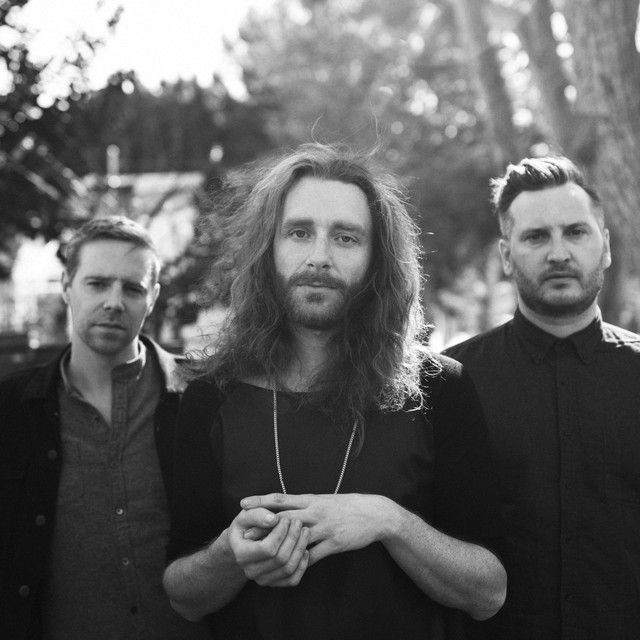 Fake Tunes is an album of firsts for Bear Hands, comprised of vocalist Dylan Rau, bassist Val Loper, and drummer TJ Orscher. It marks the group’s first album recorded in Los Angeles, as well as its first since the departure of founding member and guitarist Ted Feldman. Produced by Chris Chu of POP ETC, the album finds Bear Hands exploring new sounds and new themes, and is anchored by Rau’s sharp, incisive songwriting, tackling the challenges of relationships, dependence, acceptance, and uncertainty. The album is a deep dive into a twisted modern era, paranoid yet hopeful, celebrity obsessed and introspective, and an unmistakable sign of troubled times. Bear Hands formed when Rau and Feldman began collaborating as students at Wesleyan University. They soon teamed up with Loper and Orscher, both of whom hail from Connecticut’s hardcore punk scene, and the band convened in NYC to test their chemistry on stage. The band would go on to release its acclaimed debut LP, Burning Bush Supper Club, in 2010, riding steady hype to 2014 show stopper Distraction. Radio soon caught on, earning the band major chart success with singles “2AM,” “Giants” and “Agora,” alongside a late-night TV debut on Conan. The group quickly earned a reputation as a visceral live act, touring with the likes of Passion Pit, Killer Mike, and Cage the Elephant, and landing on festival bills from Coachella to Reading & Leeds. This year, the band is touring alongside Foals, Walk the Moon, and twenty one pilots.