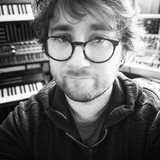 James Rogers is the owner of Simply Sonic Studios, a freelance music and sound design production company based in the UK. He is an award winning composer that is always trying to push himself out of his comfort zone, find new ways of writing music and collaborate with a variety of video artist, animators, directors and production companies. He has worked with clients ranging from Studiocanal, The Slow Mo Guys, Macroroom and the BBC. His music and sound design work for Macroroom reached over 20 million views on YouTube. His advert music has been viewed on major television channels around the UK for major brands. Under his Simply Sonic Studios company James releases solo music of various styles, in a lot of cases mixing classical and electronic together often to imagery.