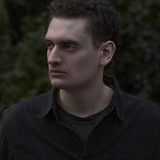 Jason van Wyk is a composer and music producer based in Cape Town, South Africa. Starting with his first release in 2004, producing mostly club music during this period, his productions soon found a home on the Dutch label Black Hole Recordings where numerous singles, collaborations and remixes followed. 2013 saw the release of Jason’s first solo album Days You Remember.  Moving away from his previously established sound, the album took on a range of influences, from abstract electronic music to post-classical and ambient. Jason’s second album Attachment was released in 2016 and his third album Opacity in 2017. Both consisted of minimal compositions for piano, chamber strings and electronics. Besides his releases, Jason has composed for various film and media projects, including the feature film Triggered (released through Samuel Goldwyn Films in 2020), documentaries for the likes of The Criterion Collection, Taschen and LinkedIn, as well as sound design work for Roland and Virtual Sonics. Jason’s fourth album Threads was released 23 July 2021 through the American label n5MD.