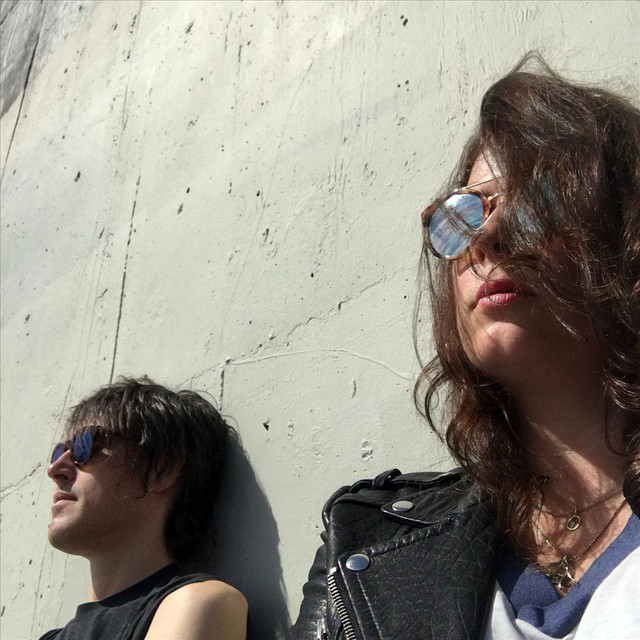 Dark and synth-friendly indie rock duo Lightning Dust started out as a side project for members of Vancouver heavy rock institution Black Mountain, but as years went by the project grew to become a primary focus. The band's brooding, atmospheric rock progressed on several albums, taking a turn towards more electronic elements on 2013's Fantasy. Lightning Dust was formed in the mid-2000s by Amber Webber and Joshua Wells, both founding members of Black Mountain. The duo contrasted Black Mountain's loud and sinister guitar rock with a more subdued, folkier approach on their self-titled 2007 debut. They continued touring and recording with both projects, returning with the elegant and meditative sophomore album Infinite Light in 2009. In 2010, they were chosen by curator Matt Groening to perform at the All Tomorrow's Parties festival. Third album Fantasy arrived in 2013, marking a sonic shift toward minimal electronic beats with synth textures augmenting the band's sophisticated songcraft. In 2017, Webber and Wells parted ways with Black Mountain to focus on Lightning Dust full time. They spent the better part of the next year writing and refining their fourth album, Spectre, a collection of material that pushed their electronic templates into more experimental territory. The album was released in late 2019. The band planned a tour with David Berman's post-Silver Jews project Purple Mountains, but it was ultimately undone by Berman's death just months before the tour would have started. ~ Fred Thomas, Rovi