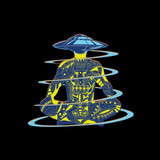 Chris Dave and The Drumhedz

Featuring Chris Dave and The Drumhedz

Chris "Daddy" Dave is a drummer, composer, and bandleader from Houston, Texas. He attended Howard University. He is an influential drummer in jazz, gospel, hip hop, noted for his extremely virtuosic sticking technique and ability to play with a high degree of syncopation. He performed professionally as a gospel drummer with the Winans, before being introduced to jazz audiences nationally through his association with the accomplished alto saxophonist Kenny Garrett. He performed on Kenny Garrett's album Standard of Language, before joining the Robert Glasper Experiment and performing on Adele's Grammy Award winning album, 21.