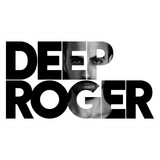 Deep Roger is a Producer / Remixer from Rome (Italy) and he has approached music since he was very young, getting passionate about keyboards and synthesizers. As time goes on he discovered his true passion for House Music. The constant selection of records and the infinite passion enhanced his musical knowledge and his mixing technique. Friendship and collaboration with his mentor Luis Radio lead them to produce exclusive club remixes, played by worldwide djs and come out on Shelter Digital. Deep Roger also collaborates with Rightside, they together produced some remixes who have been tearing up the Soulful House charts on Traxsource. Deep Roger tracks were released on legendary labels such as King Street Sounds, Quantize Recordings, Shelter and Strobe Records.