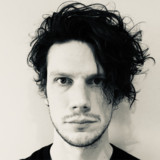 London's Victory Kicks create driving, atmospheric and melodic guitar music, drawing inspiration from the likes of Spoon, The War on Drugs, Wilco, The National, Death Cab for Cutie. The band began in early 2013 as a home recording project featuring London based songwriter and multi-instrumentalist John Sibley. Early EPs and albums of catchy lo-fi indie rock gained favourable critical attention and radio play in both the UK and the US, and the band became known for releasing an almost continuous stream of home recorded, feel good yet melancholic alt-rock. Having begun as a solo project, recording and releasing records out of John’s living room, over the years Victory Kicks has come to sit somewhere between that and a collaborative band with regular contributions from a rotating cast of friends and members of other London based acts. These include singer/songwriter and guitarist Sam Beard, and members of London based bands The Young Flood, WEM and Plastic Barricades. As of 2021, Victory Kicks has released six full length albums along with several EPs. The band's most recent album Lovers in Peacetime was inspired by a road trip across British Columbia in 2018. Each of its ten songs tells the story of a different couple, each on a different journey through a smoke filled Canadian landscape. On the surface its songs are driving, melodic and uplifting, yet they also evoke fear, sadness, violence and loss.