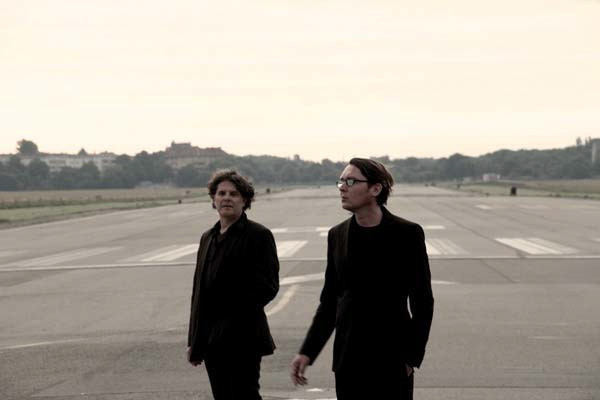 Tarwater, a duo comprising Germans Bernd Jestram and Ronald Lippok, have recorded several albums of distinctive, mostly instrumental music tagged post-rock because of Lippok's involvement in To Rococo Rot -- a German trio that has recorded for experimental independents such as Soul Static Sound and City Slang. Guitarist/bassist/programmer Jestram and drummer/vocalist/programmer Lippok met in an East German punk band, and began recording together even while Lippok recorded with To Rococo Rot and Jestram worked in his Bleibeil studio. A bit more organic and much more tied to pop than To Rococo Rot, Tarwater debuted with 1996's 11/6 12/10, released around the same time that Lippok's other concern issued their first material. Rabbit Moon Revisited (an EP of sorts) and Tarwater's second LP, Silur, followed in 1998. The critical praise attendant on the latter earned Tarwater American distribution, with Animals, Suns & Atoms appearing in 2000 and Dwellers on the Threshold two years later. Along with various collaborations, tour-only EPs, and soundtrack work, the duo produced new proper albums regularly over the next decade, with 2005's The Needle Was Travelling and 2007's Spider Smile both appearing on the Morr label, while 2011's Inside the Ships and its 2014 follow-up Adrift were released by German imprint Bureau B. ~ John Bush, Rovi