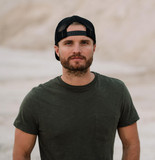 Hunter Phelps is a singer-songwriter and recording artist from Niceville, FL. Raised on the bayou, Phelps grew up on country greats like Garth Brooks, Tim McGraw and Brooks & Dunn. Show after show, Phelps watched as his heroes captured the crowd's' attention from the stage, fostering his desire and passion to become a touring artist one day. In 2012 he moved to Nashville and immediately landed a gig performing at the famed honky tonk, Tootsie's Orchid Lounge. Focused on improving his live performance and refining his songwriting, Phelps honed a unique sound that caught the attention of acclaimed songwriter Ashley Gorley, and quickly landed him a publishing and artist development deal at Gorley's Tape Room Music. The budding songwriter is responsible for radio singles "Talk You Out Of It" (Florida Georgia Line) "I Don't Know About You" (Chris Lane) and “Lonely If You Are” (Chase Rice), as well as his own new track "Whiskey Mode," a whiskey-infused party anthem. No stranger to the road, Phelps has toured with Jake Owen, HARDY, Chase Rice etc. and will be playing shows ASAP.