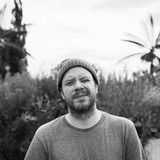 Bastien Keb's brand of psychedelia -- a loosely layered fusion of jazz, soul, and funk as filtered through hip-hop -- resembles the work of a studio boffin handed the keys to an experimental school's music room. Based in Royal Leamington Spa, England, Keb is a producer, songwriter, vocalist, and musician who plays guitar, drums, bass, keyboards, trumpet, and flute, among other instruments. He made his debut in 2015 with Dinking in the Shadows of Zizou. Released on One-Handed Music, the album found an early supporter in BBC DJ Gilles Peterson. After he remixed tracks by Submotion Orchestra, Paper Tiger, Pedestrian, and Quiet Dawn, Keb appeared on the First Word label in 2017 with the grittier yet more colorful 22.02.85. After taking a small break from the music industry, Keb released The Killing of Eugene Peeps in 2020, his third, most experimental album which was conceived as a score to an imaginary film. Acclaimed by Pitchfork and The Guardian, the music pays homage to Italian Giallo, Taxi Driver, and French New Wave cinema.