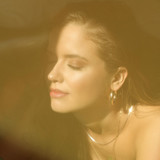 Emily Reid is a lot like the Canadian tuxedo. Sure, maybe a pop country songwriter/recording artist from Victoria, BC sounds curious at first, but once you try it on... or have a listen for the sake of this analogy... it's pure magic. After graduating from Belmont University in 2012, she began splitting her time between Nashville and Toronto.

She landed the series finale duet of Austin and Ally and with tweens across the universe rocking out to "Two in a million” BMG (Sara Knabe) took notice and signed her in 2015. In 2018 Em signed with Universal Music Canada (Shannon McNevin), WME (Morgan Kenney) and moved desks at BMG to Rakiyah Marshall.