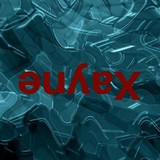 Born September 14, 1995, in Junction City, Kansas. Xayne was a military child, and moved from city to city frequently, and was never able to have any friends for very long. One thing he did have, though, was music. No matter where he was, no matter what he was doing, music was almost always a part of it. His first instrument was the recorder in elementary school. In middle school, he learned about various percussion instruments and received his first keyboard. In high school, he joined the school's band, played the vibes for two years, and the clarinet for the clarinet for the latter two. It was in high school that he learned about FL Studio, and thus began his transition from an instrumentalist, to a producer. Though he still has a nice collection of instruments form the Ocarina, to the Ukulele, which he occasionally uses for inspiration and/or sampling.