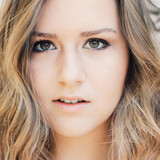 Singer/Songwriter/Philanthropist Gracie Schram hails from Kansas City, but her music has taken her around the world performing in London, Sweden, China, Brazil, and more. Schram’s indie pop sound continues to win her new fans on tour, opening for artists including David Archuleta and Ingrid Michaelson. Schram's latest release, Dear Fall, hit #2 on iTunes and lead single, Anywhere You Go, was played on Sirius XM The Pulse. Gracie’s career is firmly rooted in her humanitarian spirit. Since her debut album, she has raised nearly $50,000 to build an orphanage in Haiti, two fish ponds in Africa and a home in Colombia. Overall, her mission is to change the world through the power of music.