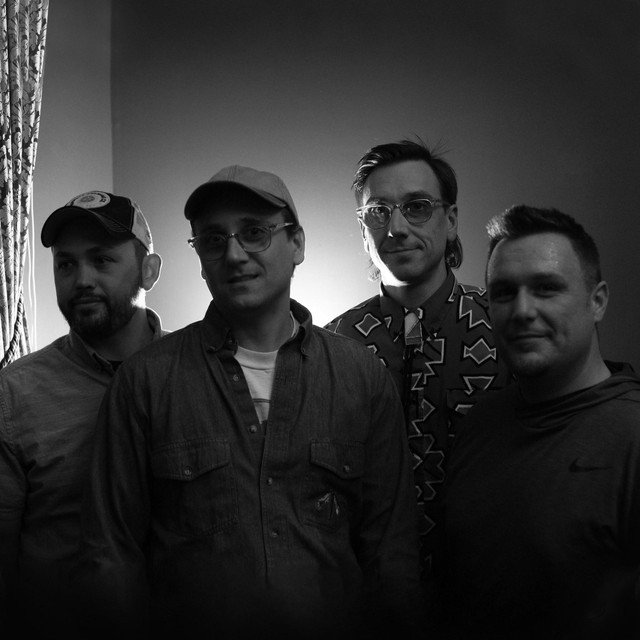 Somewhere in the backwoods of Appalachian Ohio lives an unorthodox-yet-affable sapient creature knit together of volatile melodies, visceral power-pop energy, and scathing intellectual prowess -- and its name is Cutler Station. Named aptly after the closest thing to a convenience store that one would find near the band’s hometown of Vincent, OH, the rock ‘n’ roll four-piece simmers with a controlled nervous energy that translates into music that smolders with the corporeal melodic intensity of Dayton’s @Guided By Voices paired with the brainy oddness of @Devo, all dressed in a smattering of ultra-aware country-western, ala @Tyler Childers.   Cutler Station’s forthcoming LP is entitled “Meat, No Sides,” referencing the band’s embodiment of the quintessential “meat, no sides” variety of rock ‘n’ roll – all porterhouse and no gristle; all sustenance and no fluff. From the existential ponderings of “Cellophane and Plastic” to the working class catharsis of “Wither Away,” to “Midwest Moms,” an ode to the hardworking, Virginia-Slim-smoking and meatloaf-making matriarchs at the center of Appalachian culture – the album seethes with the beauty and oddness of the region from which the band hails. Think @Andy Partridge of @XTC if he grew up amid the rolling hills of southeast Ohio instead of the industrial landscape of Swindon and that might approximate the warm, accessible eclecticism of the new record.