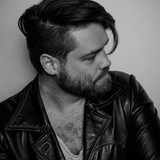 BEHNKE is a German singer/songwriter and composer. Popular for his two voices, one soft, the other strong, he is singing Pop songs in a rocky way. His carrear started in a Metal band, where he was capable for clean vocals. Later on he joined the Progressive Rock group Sølus, which won the Main Pop Junior Award twice. In 2015 he earned the Ginkgo Award for his extraordinary vocals and talent in composition. Now he writes his own material. His EP "Regen" hit the German singer/songwriter charts in iTunes at #14.